A replica of the finial on the top of the Memorial (the original having been lost) has been replaced.
For more information on this memorial see: http://public-art.shu.ac.uk/sheffield/unk329.html 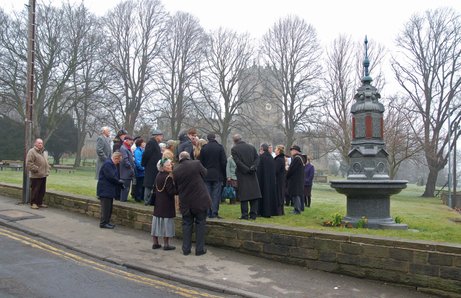 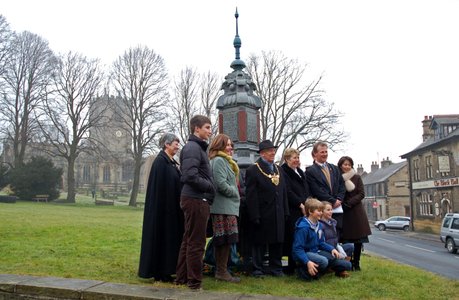 Dignitaries and family members pose for the local press

Extract from the Parish Magazine for March 2010

The Jeffcock memorial fountain was moved from Ecclesfield Park to the green in the village by the church in 2008. On 17th February, the memorial was re-dedicated in a short service conducted by Canon Tricia Impey. The Lord Mayor of Sheffield, Graham Oxley, MP Angela Smith, several members of the Jeffcock family and the Ecclesfield Feoffees were in attendance. The monument is made of polished black granite with decorative pink granite with four inscriptions bearing the names and dates of members of the Jeffcock family. It was first dedicated in 1903 when it was positioned in the alcove in the church wall.

The Jeffcocks are an old mining family from Handsworth, near Sheffield. William Jeffcock was the 1st Mayor of Sheffield in 1843, and his brother John married Catherine Parkyn, the Lady of the Manor of Darley. They lived in Cowley Manor near Chapeltown. Their son Parkin, a mining engineer, is well remembered for his selfless attempt to save miners in the Oaks Colliery Disaster in 1866, at the cost of his own life. St. Saviour’s Church in Mortomley was erected in his memory. Today there are Jeffcocks living and working in the Isle of Man, Monaco, London, Ecuador, Ireland and France. The family still invests and works in mining projects from Mexico & Ecuador to Azerbaijan and Georgia as well as oil and gas exploration in the Ukraine. Ecclesfield Church also has three windows and a water trough in memory of members of the family. 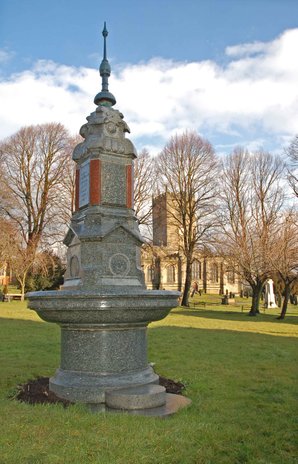 The Jeffcock Memorial Fountain restore to its former glory

Restoration of the West Window and Mosaic 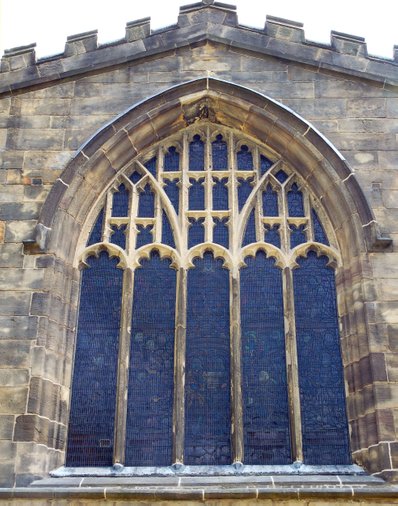 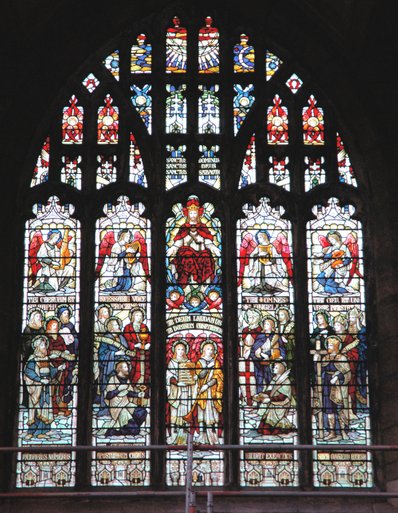 The restored West Window - Shown backlit.
Note the clarity and colour of the glazing 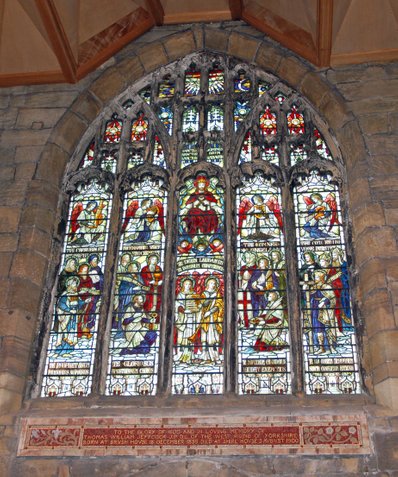 As seen from inside the Church 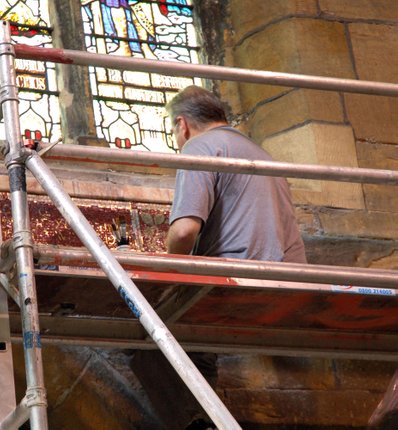 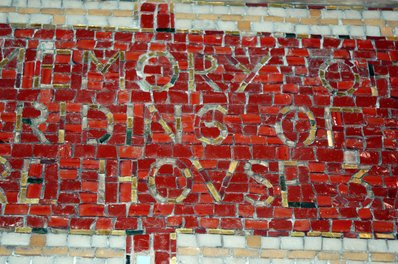 Mosaic after cleaning, the gold Ceramic Tesserae that remain gold may be Gold under-glazed tiles or Gold Smalti

Gold Smalti: - This tile is made with real gold and silver leaf
sandwiched between two layers of glass and fired twice in the kiln to embed in the metal.