The music group at Ecclesfield church began in the early 1980s, when the band formed to introduce an alternative style of worship aimed at less formal, family-orientated congregation.

Over the years the group has changed format many times, welcoming new musicians and expanding in musical repertoire. In its earlier years the group was known as “Rejoice”, though nowadays we’re simply known as “the music group”.

Highlights from our history include performing on the back of a lorry, whilst being driven around the village at Whitsuntide and being the opening act at Sounds of Summer concert (a musical night with acts from churches across the North of Sheffield). We have also recorded our very own CD and were involved with the week-long Mission in 2007.

Despite being a relatively new feature, the group is an active body within the church. We helped lead worship at the 11:15 family service for many years, and have played at special occasions such as baptisms, weddings, confirmations and Christmas Eve.

We now play at the 10am services on the 2nd, 3rd, 4th and occasional 5th Sunday of every month and we lead the Prayer and Praise Service held at 6:30pm on the 4th Sunday.

The music group currently consists of vocals, keyboard and guitars. We’re a very warm and friendly group, always looking to welcome new members – especially those capable of playing an instrument. 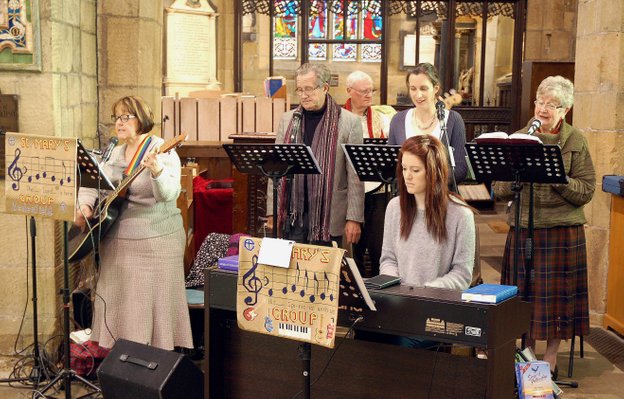 The Music Group playing in a Parish Communion Service 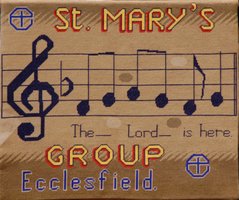 We play mostly modern songs of worship written by such fantastic composers as:

Although we can sometimes be heard playing secular music during practise - just to expand our repertoire.