Church of England clergyman, Doctor of Divinity and author

Vicar of St Mary the Virgin – Ecclesfield for 63 years

Alfred Gatty was born in London on Easter Day in 1813, he was the second surviving son of Robert Gatty, a solicitor of Angel Court and Finsbury Square, London and his wife, Margaret, daughter of Edward Jones of Arnold, Nottinghamshire. The family originally came from Cornwall.

After receiving preparatory schooling at Temple Grove, East Sheen, Gatty entered Charterhouse in 1825 and Eton in 1829. For a time he prepared for the legal profession, but on the 28th of April 1831 he matriculated from Exeter College, Oxford and graduated Bachelor of Arts in 1836. Alfred continued his studies and later gained a Master of Arts in 1839 and Doctorate of Divinity in 1860. 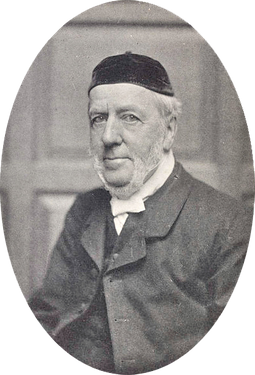 Gatty was ordained deacon in 1837 and priest in the following year. From 1837 to 1839 he was curate of Bellerby, a small chapel of ease in the North Riding of Yorkshire. He became Vicar of Ecclesfield in 1839 remaining in the ‘living’ until his death in 1903. He also carried the title of Sub Dean of York. During his 63 year tenure major works were carried out within the church including the installation of stained glass windows and an organ. Major renovations were also carried out during this period including restoration of the stalls and the screens in the Chancel and re-seating of the Nave. (See Alfred Gatty Memorial Plague image below).

Alfred Gatty married Margaret Scott (1809 to 1873) in 1839; she was the second daughter of the Rev. Alexander John Scott (1768 to 1840) and his wife Mary Frances Ryder (1785 to 1811). Her father, a linguist and scholar, had been chaplain to Horatio Nelson; he held the livings of Southminster in Essex and Catterick in Yorkshire. Upon his marriage Gatty was nominated by his wife's uncle Edward Ryder to the vicarage of Ecclesfield, near Sheffield, which he held until his death in 1903.

The family lived in the vicarage which commanded views over the churchyard and the village, sadly the building is no longer in existence as it was pulled down and the land rebuilt on. (See Vicarage image below) 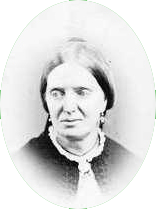 was an editor, writer of children's books, and landscape artist. In 1866 she became editor of Aunt Judy's Magazine and remained editor until her death on the 4th of October 1873.

Rev. Reginald Alfred Gatty, the eldest son of Alfred Vicar of Ecclesfield, became Rector of Hooton Roberts. He was born in 1844 and died in 1914; he acquired a reputation as a field archaeologist and local historian.

Juliana Horatia [Ewing] (1841 to 1885) Born at Ecclesfield on the 3rd of August, 1841. She married Major Alexander (Rex) Ewing (1830 to 1895) on the 1st of June, 1867. She was a writer of children's books and was responsible for establishing the  Ecclesfield village library. She died at Bath on the 13th of May in 1885 and was buried in Trull Somerset on the 16th of May 1885. A window was installed in the North Aisle and dedicated to her; it is said that the face at the top of the top left-hand panel is that of Juliana herself, this practice of placing peoples’ faces in church windows was quite common in the Victorian era.    http://en.wikipedia.org/wiki/Juliana_Horatia_Ewing

Sir Alfred Scott-Gatty (1847 to 1918) Alfred Scott-Gatty was born on 26 April 1847. Educated at Marlborough and Christ's College, Cambridge, he achieved eminence in the world of heraldry, becoming Rouge Dragon in 1880; between 1886 and 1904 he was York Herald of the College of Arms. He was knighted in 1904 (he was later made KCVO) and became also a Knight of Justice of the Order of St John. He assumed the name of Scott-Gatty in 1892, Scott being his mother's maiden name. He died in London on the 18th of December 1918, having since 1904 been Garter King of Arms.      http://en.wikipedia.org/wiki/Alfred_Scott-Gatty

Charles Tindal Gatty (b. 1851), author and amateur archaeologist. A convert to Roman Catholicism he had a varied career as a museum curator, newspaper editor and private secretary to Lord Bute.

After the death of his first wife Alfred Gatty remarried and on the 1st of October 1884 married Mary Helen Newman the daughter of Edward Newman a solicitor of Barnsley, Yorkshire; the marriage was childless and Mary died in 1919.

Alfred Gatty was a regular lecturer at the Sheffield Literary and Philosophical Society and published his writings on a wide range of subjects from an early age. Between 1846 and 1858 he published four volumes of sermons. He never responded to charges that he wrote anonymous political articles for a Sheffield paper of Conservative persuasion. His most substantial works, however, were in the field of local history.

In 1869 he published a folio edition of Joseph Hunter's ‘Hallamshire’, a greatly enlarged version of the original work, which had been published fifty years earlier. The Gatty edition of ‘Hallamshire’ was for many years highly regarded by local historians, though inevitably its approach became dated. In 1873 he published a popular history, ‘Sheffield, Past and Present’. A brief history of Ecclesfield church and priory is contained in his book ‘A Life at One Living’.

Alfred Gatty died at Ecclesfield vicarage on the 20th January 1903 and was buried in the churchyard. For his memorial his parishioners built by subscription the Gatty Memorial Hall for use as a village social centre; this was later extended into the hall as it is seen today. 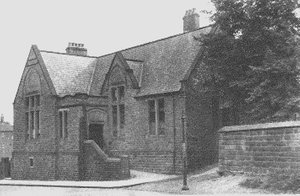 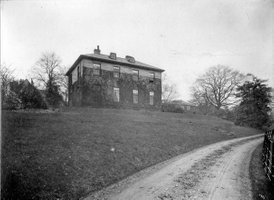